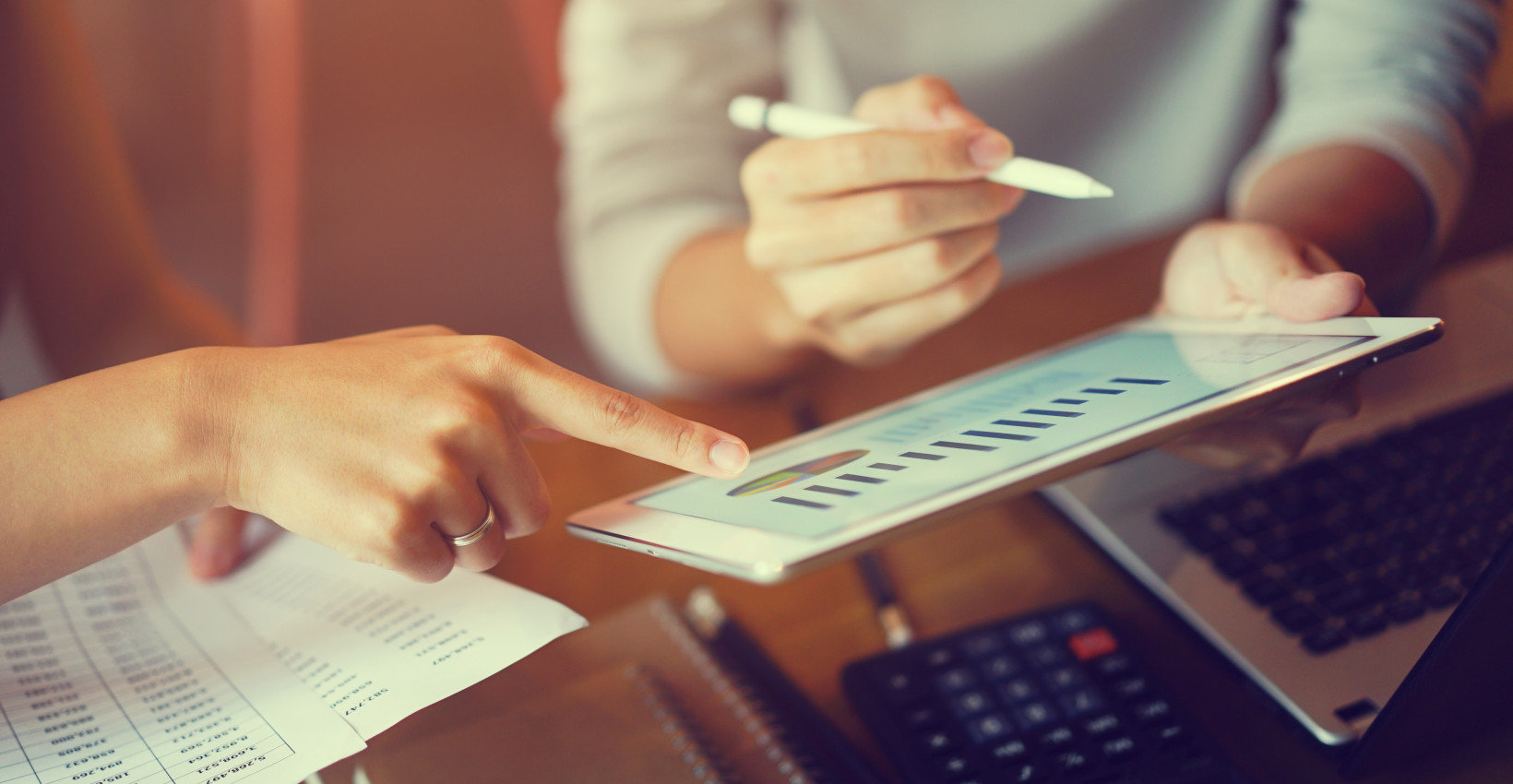 As the world marks the one-year anniversary of the onset of the COVID-19 pandemic, most economic barometers point to a reviving economy. Real GDP growth for the fourth quarter of 2020 was revised upward to a 4.3% annual rate from the prior estimate of 4.1%, beating the consensus expectation. Both business investment and consumer spending were positive contributors, with net exports as the biggest drag.

Massive amounts of fiscal stimulus passed by Congress over the past year have helped buoy consumer spending. The recently passed $1.9 trillion stimulus package is about 9% of nominal GDP, with more than $1 trillion expected to be spent in the next five months. This comes atop the $3.3 trillion worth of stimulus passed in 2020, which was just shy of 16% of GDP. Coupled with improving COVID-19 numbers and more states and localities relaxing restrictions, the economy is expected to show solid growth in 2021. First-quarter estimates of real GDP range from the mid-single digits to as high as 10%+, with full-year 2021 estimates in the mid- to high-single digits.

The labor market continues to improve, with February payrolls rising by 379,000 and upward revisions to prior months. The unemployment rate also continues to improve, with the headline number dropping to 6.2%. This is a significant decline from the peak of nearly 15% early in the pandemic. One very encouraging statistic in the report were the 355,000 additional jobs at leisure and hospitality businesses, which were among the most significantly impacted by the events of the past year. While the overall continued improvement in the labor market is welcome news, there is still a long way to go before reaching prepandemic levels. Total nonfarm payrolls remain almost 9.5 million below the peak reached in February 2020, and the labor force participation rate, which was at 63.4% in early 2020, is now at 61.4%. While both measures have stabilized, significant improvement will be needed if we are to return to full employment.

The manufacturing sector of the economy remains vigorous. Despite a brief period of contraction between March and May of 2020, the ISM manufacturing index has remained in expansionary territory. The February reading of 60.8 ties with the highest reading for that index since 2004. Growth was broad-based, with 16 of 18 industries reporting expansion. The biggest concern being voiced by most industry respondents was that of that of tight supply chains. The blockage of the Suez Canal by a large container ship that was wedged sideways and stopped traffic through the vital trade route for nearly a week is certain to exacerbate the situation weighing on global supply chains. Automotive and electronic manufacturers were already facing issues due to a shortage of semiconductors. While additional bottlenecks may form, the fallout will likely be short-lived as ship traffic resumes and manufacturers adapt.

Tight housing supply and rising mortgage rates have had an impact, at least temporarily, on the most recent housing data. In February, both new and existing home sales declined from the prior month, although both remain 8%–9% above February 2020 levels. New home sales declined by 18.2% in February, the largest monthly drop since 2013, while existing home sales were down 6.6%. Harsh winter weather from the polar vortex that hit the United States in mid-February certainly had an impact on both. However, housing inventory as of March 26, 2021, was 58% lower than the same week a year ago. This, along with an increase of 0.50% so far this year for the rate on a 30-year mortgage, has pushed affordability downward. As the weather warms and the usual seasonal increase in listings begins to hit the market, it is likely housing sales will rebound as pent-up demand and strong underlying demographic trends remain in place.

With COVID-19 case counts and total hospitalizations down approximately 75% from their peak in early 2021 and with vaccine distribution continuing to ramp up, there is also increasing evidence that consumers are gaining enough confidence to resume some of the everyday activities that were either canceled or put on hold over the past 12 months. This is showing up in some of the high-frequency data points, such as TSA traveler data and restaurant reservations. For the month of March, more than 1.2 million passengers on average passed through TSA checkpoints. On March 28 alone, there were 1,574,228 passengers that went through TSA. The last time there were more travelers was on March 13, 2020, the day President Trump declared the novel coronavirus a national emergency.

Long-term yields continued to rise throughout the quarter, witnessing one of the sharper increases seen in recent years. Between the end of December and late March, the 10-year treasury yield rose by more than 80 basis points, from under 1.00% to as high as 1.78% before settling at 1.74% to end the quarter. This brings longer-term bond yields back to where they were trading just prior to the onset of the pandemic.

With the rise in yields, fixed income returns were mostly negative during the quarter. Longer-duration bonds suffered the steepest declines, as their prices are much more sensitive to changes in interest rates. Higher-quality corporate bonds were also down during the quarter. Somewhat surprisingly, lower-quality bonds held up the best and managed to register a slight gain.

Spreads on both investment-grade and high-yield corporate bonds were relatively stable during the quarter. Both remain well below the peak witnessed last spring during the initial weeks of the pandemic and are near their historic lows. The additional yield required by investors to hold highly rated corporate bonds instead of treasuries remains slightly below one percentage point.

The Federal Reserve left rates unchanged at the most recent Federal Open Market Committee meeting, emphasizing their commitment to use the full range of tools at their disposal to support the U.S. economy. The focus remains on achieving maximum employment and inflation at the rate of 2% over the long run.

Some analysts point out that the recent move higher in longer-term interest rates may be attributed to the risk of increasing inflation given the Federal Reserve’s current focus on combating the impacts of the coronavirus pandemic. One focus of concern is the M2 measure of the money supply. Over the past 12 months, M2 has risen by more than 25%, the fastest year-over-year growth since the end of World War II. Combined with the high level of personal savings (+$1.3 trillion greater than one year ago), stimulus payments, re-opening, and wage competition from unemployment benefits, concerns are increasing that higher inflation, at least for some period of time, is inevitable.

March 23, 2021, marked the one-year anniversary of the market low from the pandemic-induced sell-off in stocks. In the 12 months since, markets have staged an incredibly strong recovery, with the S&P rallying by 75%. In fact, research from Strategas Research Partners shows that the closest historical comparisons are the rebound from the 1982 market low when the S&P 500 was up 58% and the first 12 months off the 2009 low when the market was up 69%. Mid- and small-cap stocks have fared even better, with returns of 115%–120% over the past year.

For the first quarter of 2021, the S&P 500 maintained the positive momentum that has been established over the past 12 months with only a few short-lived drawdowns along the way. In the first three months of the year, the S&P gained another 6.2% and set 16 new all-time closing highs. Value stocks also held the lead over growth stocks, similar to the fourth quarter of last year. Mid- and small-cap stocks posted even more impressive returns, with the S&P Mid Cap index up 13.5% for the quarter and the Russell 2000 up 12.7%. The tech-oriented NASDAQ index was up less than 3%, underperforming the other major indices.

On the international front, developed and emerging markets registered modest quarterly gains. The MSCI EAFE index, which tracks stock market performance of larger developed nations, was up 3.6%. Several European countries instituted new lockdowns to combat an uptick in coronavirus cases, and vaccine rollouts have proven to be somewhat disappointing. Emerging market equities were only up 2.2% for the quarter. This rather lackluster performance comes despite strong economic forecasts for China and other emerging Asian countries.

First-quarter sector returns were largely consistent with what was seen in the fourth quarter of last year, with the more cyclical-oriented sectors posting impressive returns. In fact, the top three sectors were Energy, Financials, and Industrials, identical to the fourth quarter of 2020. The Energy sector again led the way with a 32% gain. With crude oil up 22% so far this year, earnings estimates for the large oil companies continue to be adjusted upward. Within Financials, banks are set to benefit as the differential between short- and long-term interest rates widens with the steepening of the yield curve.

Technology was the second-worst performing sector for the quarter, with a return of less than 2%. However, much of that is due to a handful of very large companies. The five largest stocks in that sector by market cap make up over half of the sector’s weighting in the S&P 500. The average return for those five stocks was -1.9%. Of the 69 stocks that comprise the remainder of that sector, the average return was 6.4%, which was slightly better than the overall market.

Earnings growth for the first quarter is expected to be above 20%, while revenue growth will likely be in the high single digits. Year-over-year comparisons will be measured against a quarter when a significant portion of the economy was closed. However, with record amounts of stimulus and a high level of pent-up demand, most companies should benefit.

With stocks now trading at 22x estimated earnings, forward-looking return forecasts are likely to be more subdued compared to what they were a year ago. However, stocks should benefit from interest rates remaining low by historical standards and strong earnings expectations over the next several quarters. 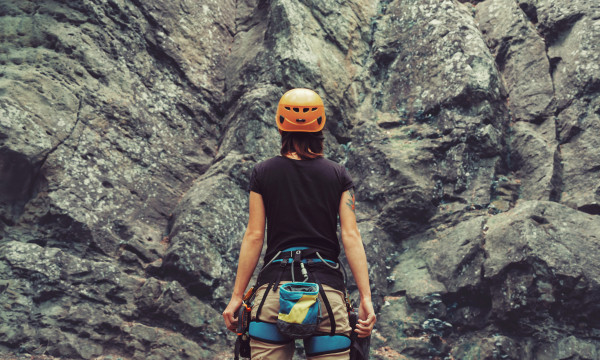 How risk-tolerant are you?