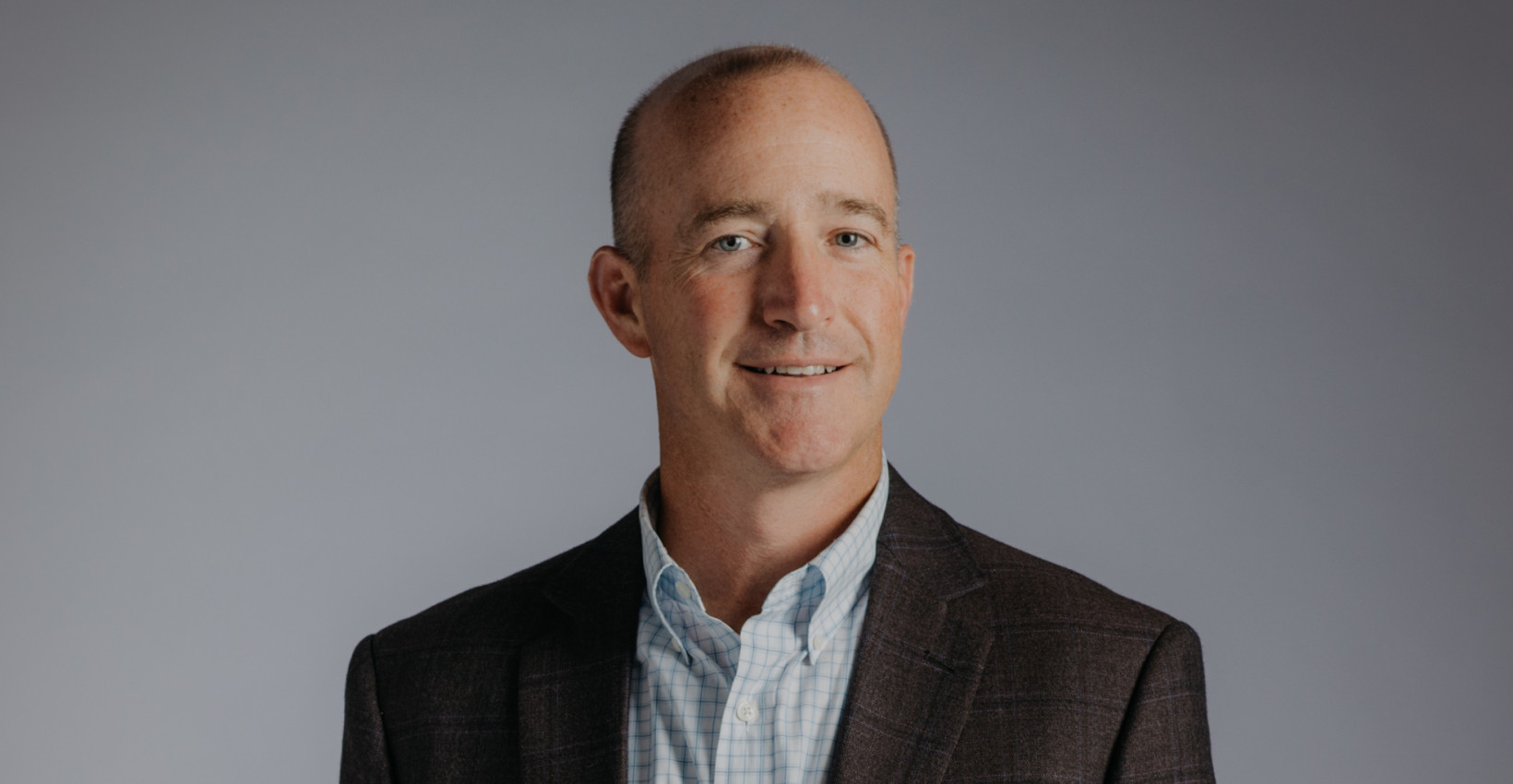 The US economy continued to show strength throughout the second quarter. Still, uncertainty about trade policies and speculation over Federal Reserve interest rate policy dominated the minds of investors, leading to another volatile quarter for financial markets.

The month of April followed through on the momentum experienced the previous quarter as strong reports, including a surprisingly robust 3.2% GDP growth number, had markets feeling like the spring weather, warm and full of hope. Those feelings quickly subsided, however, as in early May it was reported that China had backtracked on much of the already agreed upon trade pact.

Exacerbating the markets trade related malaise was the threat of new tariffs on Mexico, which were announced to place political pressure and encourage help with the border crisis. While the Mexico issue was quickly resolved, China lingers. This lingering uncertainty, combined with a new concern regarding the inclination of the administration towards using tariffs for political leverage, weighed heavily on investor’s minds through much of May.

While traditionally monitored measures continued to support a strong economic system, many eyes also turned to the Fed. Indeed, Fed policy decisions typically rely heavily on these traditional measures, but market participants still worried about the possibility of recession. These worries stemmed from the trade issues and from an inverted, or nearly inverted, yield curve, a traditionally reliable recession predictor. Although economic data did not yet indicate that easing was warranted, pressures and expectations began to build on the Fed to act preemptively, to stimulate an economy that appeared on the verge of slowing.

For the quarter, US economic growth continues to be robust as GDP was up 3.1% for the first quarter of 2019, rebounding from the more benign 2.2% growth experienced during the fourth quarter of 2018. Nonetheless, GDP growth is largely expected to remain within an “ideal” range of 2 to 3% for the balance of this year.

The US labor market maintained its prolonged period of growth with both initial jobless claims and continuing claims steadily improving. Payroll growth, which started strong early in the second quarter did begin to show some signs of weakening later. The overall unemployment rate, however, remained strong at 3.6%, the lowest level observed since 1969.

While measures of employment and manufacturing sentiment remain positive, consumer and producer prices alike continue to be subdued with both price indices hovering at or slightly above the 2% range. Meanwhile, although the retail purchase habits of Americans are constantly changing and adapting to new venues, retail sales numbers remained solid, signaling continued strength in the American consumer.

In spite of numerous potential headwinds, the US economy continues to show strength and vitality, disproving all those who bet against it. Although no one logically thinks the current economic expansion will last forever, any resolution of the current trade dispute with China could put our economic system on a track for continued expansion for some time to come.

In response to trade concerns and in anticipation of a resulting economic downturn and potential subsequent easing by the Federal Reserve, investors sought haven in bonds, driving prices higher and yields downward. Returns on bonds finished the quarter strongly, with the broadly diverse US Aggregate Index adding 3.08% for the quarter and 7.87% for the past 12 months. Within bond sectors, corporate debt offered the best performance, logically moving in lockstep with the equity market.

The US Treasury market saw yields in the 10-year note decline 40 basis points, or 0.4%, to 2.01% while the 2-year note yield declined 50 bps to 1.76%. Notable was the yield on the 3-month T-Bill, which ended the quarter at 2.09%. This inversion of the yield curve, where shorter maturities offer higher yields than longer issues is often considered as predictive of an oncoming recession.

The Federal Open Market Committee met twice during the quarter amidst much speculation regarding their outlook on the economy and potential for action involving future Fed Funds rates. Moving away from the posture espoused last quarter that more rate hikes may be needed, this quarter saw them inching very slowly toward a more accommodative stance. Regardless of the slight shift in outlook, investors saw the Fed hold steadfast on the current funds rate range of 2.25% to 2.50%. Of concern among investors is the clear disconnect between bond market participants, who have already priced rate cuts this year into bond prices and the Fed, which has indicated that it sees no rate cuts forthcoming for the remainder of 2019.

Mortgage rates have fallen to new 12-month lows during last quarter, following the path of the 10-year Treasury, whose interest rate risk characteristics most closely mimic those of a mortgage. The rates on both 30-year and 15-year mortgages have dropped by around 1% in the last 12 months.

Bond investors will keep a keen eye for clues as to how the Fed will navigate this potential economic downturn, and how any resolution on the trade dispute with China, or lack thereof, might affect the future interest rate environment.

As the equity market reacted to the ever-evolving foreign trade situation, volatility displayed its ugly head once again. The stock market was enjoying a pleasant and steady second quarter until the early May announcement of China’s balk at the previously mentioned trade pact. Over the next month the market struggled to find a footing, instead experiencing prices that fluctuated readily with rapidly changing news and perceptions. Adding fuel to the fire was the President Trump’s announcement of new tariffs on Mexico in late May. Fortunately, Mexico quickly ceded to demands of increased support at the border and the new tariffs never materialized.

Strangely, resolution of the Mexico tariff threat seemed to have a calming effect on the market. Perceptions of the trade dispute with China turned more positive and the tumultuous May was followed by a strong June. Returns during June were the best since 1955 for the S&P500 and 1938 for the Dow.

In spite of the volatility, equity returns for the quarter were positive across the board with the S&P 500 leading the way by posting a solid 4.30%. Following closely were returns for the tech laden NASDAQ and MSCI/EAFE (Developed International stocks). Stocks of companies in emerging markets, which would likely be hurt most by any prolonged trade dispute, posted the lowest returns of major indices at a slightly positive 0.69%.

Corporate earnings have consistently been reported as better than expected in 2019 and those reported in the second quarter, in general, did not deviate from that trend. However, profits remain under scrutiny as a slowdown has been expected for some time, especially in the wake of decreasing trade with China.

Companies that derive a high level of sales from overseas are clearly most likely to be hardest hit by China trade tensions. Yet investors aren’t proving to be easily parted with those which appear to have the most to lose. These companies have typically benefitted greatly from foreign trade and thus provided some of the markets best results. While most anxiously watch for signs that earnings might suffer to the extent that justifies selling, most continue to hold and watch (see, for example, sector returns for Information Technology stocks). By this measure it appears that investors expect trade disputes to be settled sooner, rather than later.

Stock valuations appear to have settled in around a P/E ratio of 16 times next years expected earnings. This level indicates a certain level of comfort with the state of the economy and corporate profitability, but it is not displaying excessive enthusiasm by any means.

Expect the market to keep focusing on a trade resolution as key to continuing US economic expansion and corporate earnings growth. Peripheral investor vision will be watching the Fed, and any monetary policy adjustments they might make in the wake of a trade deal or lack thereof.

Despite the low interest rate environment, the Financials sector led performance during the second quarter. Performance of this sector was likely driven by undervalued securities, a lack of inversion in the yield curve, and the approval of most banks capital return plans near quarter-end. The Materials sector also outperformed during the second quarter, likely driven by a combination of undervaluation and the foreseen continued demand for materials by developing nations. Also performing better than the market in general were Information Technology and Consumer Discretionary, who saw their recent strong performance continue, with those sectors benefitting from the large cap growth companies within.

The Energy sector posted the only negative sector return for the quarter as stock prices in this sector suffered in conjunction with a decline in oil prices, aggravated by the trade war. Health Care joined Energy as an index laggard as the struggling sector continues to battle negative connotations or expectations derived from adversarial political forces.