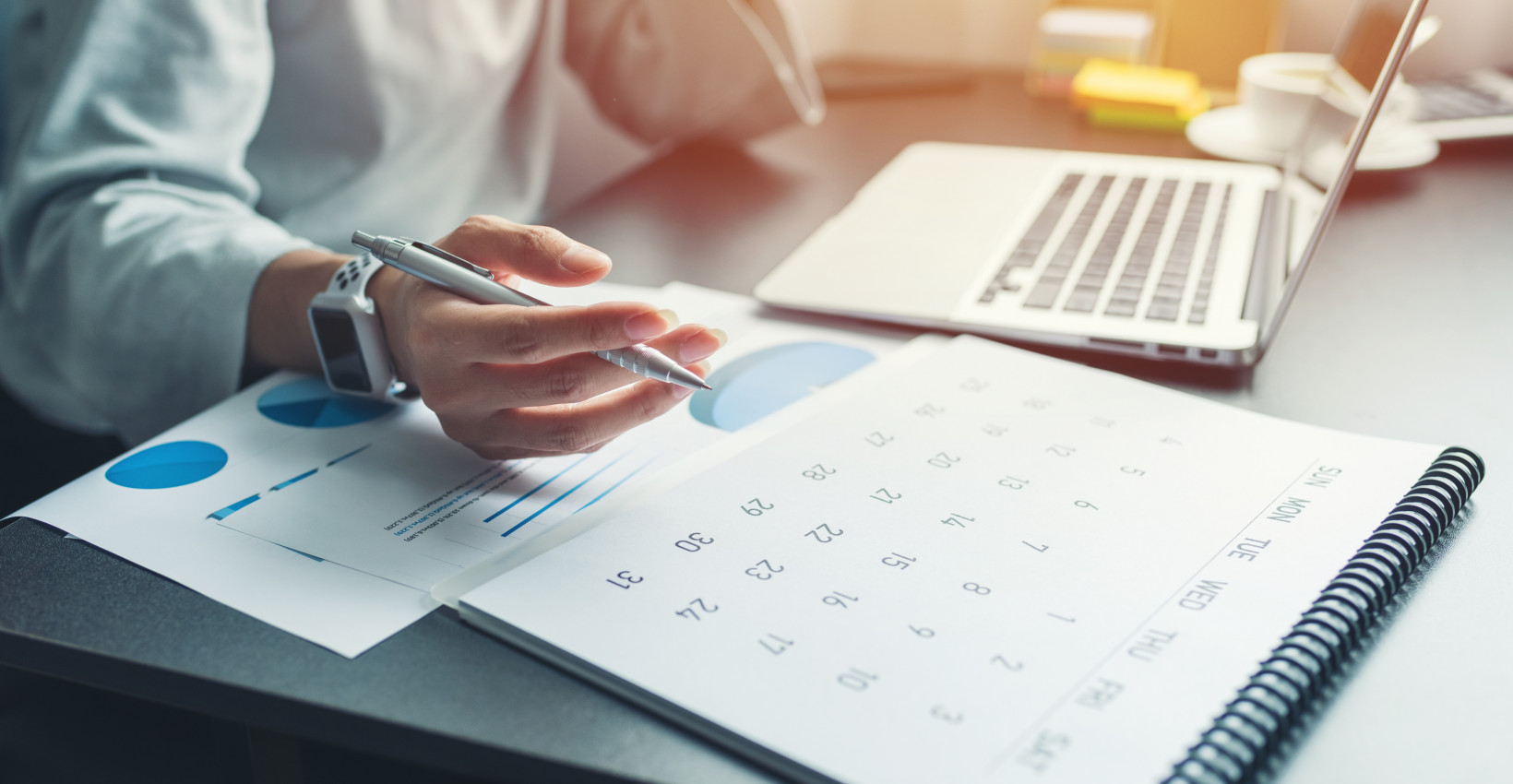 Though the economies of the United States and the world continue the process of reopening and recovery, residual effects of the widespread lockdown remain. Supply shortages, though mostly subtle with little effect, can also be quite acute and costly. Lumber shortages, largely triggered by pandemic shutdowns, have caused construction prices to surge. Computer chip shortages are also obvious, as prolonged shutdowns in concentrated production centers continue to hamper manufacturing of products from video games to automobiles.

Stimulated (at least in part) by these supply shortages, inflation has become a major economic concern. The seasonally adjusted Producer Price Index for final demand increased 0.8% in May, 0.6% in April, and 1.0% in March. The final demand index advanced 6.6% for the 12 months ended in May, the largest increase since 12-month data was first calculated in November 2010. The Consumer Price Index (CPI) increased 0.7% in May on a seasonally adjusted basis after rising 0.9% in April. Over the past 12 months, the CPI increased 5.0% before seasonal adjustment; this was the largest 12-month increase since a 5.6% rise for the period ending July 2008. With the chip shortage causing new vehicle delays, the index for used cars and trucks continued to rise sharply, increasing 7.3% in May. This increase accounted for about one-third of the seasonally adjusted increase in May and follows a 10% increase in April.

Labor shortages have also become apparent in the U.S. economy. Although jobs appear abundant, many workers remain reluctant to re-enter the workforce. Regardless, labor statistics are gradually improving. In May, the unemployment rate declined by 0.3% to 5.8%, and the number of unemployed persons fell by 496,000 to 9.3 million. These numbers are significantly lower than their recent highs in April 2020 but remain much higher than before the coronavirus pandemic (3.5% and 5.7 million, respectively, in February 2020). Noteworthy expansions in employment are taking place in leisure and hospitality, in public and private education, and in healthcare and social assistance. Initial jobless claims also continued to trend downward throughout the quarter, closing in on, but still well above, pre-COVID-19 levels.

Consumer spending has been robust throughout the pandemic. Indeed, the consumer has carried the U.S. economy through a very difficult time, almost single-handedly. Although confidence naturally waned as pandemic-related measures were taken, willingness to spend did not, apart from a period following the initial shock of the shutdown. This spending was partially buoyed by massive stimulus packages, some of which made its way to the consumer. Regardless, consumer confidence has been largely restored, reflected in a reading of 120 for May (100 being neutral).

Subsequently, GDP has rebounded from the initial shutdown and remained strong. Fourth quarter 2020 GDP growth of 4.3% (seasonally adjusted annual rate) was followed by an even more robust 6.4% during the first quarter of 2021. This first-quarter surge reflected increases in personal consumption expenditures, both residential and nonresidential fixed investment (real estate and equipment), and government spending at all levels. These were partly offset by decreases in inventories and exports. Going forward, preliminary consensus expectations for second quarter GDP growth are at 10%.

With a significant infrastructure bill, in some form, slowly becoming more likely and more areas of our economy opening back up, future economic soundness appears more and more likely, and the thought, or even hope, of life returning to normal becomes more reasonable.

The second quarter saw yields on longer Treasuries decrease, with the 10-year note declining by 27 basis points (bps), from 1.74% to 1.47%, while the 30-year bond declined 32 bps to 2.09% and the five-year rate ended 5 bps lower at 0.89%. By contrast, yields on shorter maturities rose, with the two-year note yield increasing 9 bps to 0.25%. This narrowed the difference between shorter and longer rates, leading to a slightly flatter yield curve.

In harmony with strong equity markets, spreads (additional yield earned over Treasuries) on corporate debt, both investment-grade and high-yield, declined during the quarter. These tighter spreads combined with lower rates on many maturities and led to strong returns for most fixed income indices (as bond prices generally move in opposite direction of interest rates). Given the environment, indices with longer maturity structures (U.S. Aggregate and U.S. Corporate) and more credit exposure (U.S. Corporate and U.S. High Yield) naturally performed best. Municipal bonds also saw spreads tighten, leading to a strong quarterly return for those assets, as well.

Despite growing concerns of inflationary pressure, the Federal Reserve continues to leave the Fed Funds rate near zero. However, at their June meeting, they raised inflation expectations for this year and accelerated the time frame in which they may raise interest rates; while they acknowledged inflationary pressures, they also emphasized their opinion that these pressures are temporary.

Perhaps a more significant impact on rates is the continued and aggressive bond buying program by the Fed, also referred to as quantitative easing. By purchasing debt on the open market, and thus increasing demand, the Fed can lower borrowing rates beyond the scope of setting the Fed Funds rate. Talk of tapering this program has recently surfaced, likely leading to the higher short-term rates. Eventually, ending this program will provide a clear signal that the easing cycle put in place since the beginning of the pandemic is over and higher rates may be on the horizon.

Impervious to a potentially bumpy economic environment, and defying valuation concerns, equity markets continued to roll in the second quarter. During the quarter, the DJIA, the S&P 500, and the NASDAQ indices all set all-time highs. The breadth of the rally was also apparent as most major indices displayed strongly positive results during the quarter. Despite contracting from recent prices of 24 times trailing 12-month earnings, as seen last September, to less than 22 times earnings, S&P 500 stocks remain quite expensive when compared to the pre-pandemic P/E ratios in the mid-teens. However, investors appear confident that the worst is behind us and satisfying pent-up demand will soon boost corporate profits to levels which justify stock prices.

The second-quarter stock market was led by growth stocks, which reclaimed favorable status over value stocks. This is evident in the results of the S&P 500 Growth Index, which posted an impressive 11.93% return for the second quarter, easily outpacing its value counterpart, the S&P 500 Value Index, which returned an otherwise impressive result of 4.99%. Other growth-stock-heavy indices, such as the NASDAQ, and to a lesser extent, the S&P 500, also printed notable quarterly numbers.

Although lagging the large-cap growth indices, other areas of the market still managed solid quarterly results. Blue-chip stocks (DJIA) and small-cap stocks (Russell 2000) both managed to provide investors with returns of 5.08% and 4.29%, respectively. Despite trailing on a quarterly basis, small-cap stocks still enjoy the most impressive results over the past 12 months, providing a return of 62.00%.

International markets saw both developed market equities (MSCI/EAFE) and emerging market equities (MSCI/EM) keep pace with most domestic indices by posting gains of over 5.35% and 5.08%, respectively. While longer-term international results still lag those seen domestically, these returns show equal exuberance over the prospect of most economies emerging from the pandemic and prospering.

Sector returns during the second quarter saw Real Estate stocks lead the S&P 500, with a 13.09% return, as investors sought to protect their portfolios against inflation. Although lacking the glamour of some market sectors, investors frequently turn to Real Estate stocks in such times because of the sector’s ability to re-price incoming rent payments to keep up with inflation. Unsurprisingly, given the return to growth bias in the markets, joining Real Estate among the leading sectors in the second quarter are the growth-oriented Information Technology and Communication Services sectors, having provided returns of 11.56% and 10.72%, respectively. Finally, the Energy sector, riding the wave of rising oil prices, also delivered an impressive quarterly return of 11.29%. Utilities trailed sector returns for the quarter, followed by Consumer Staples and Industrials.

While it is reasonable to expect growth in both revenue and earnings in this post-pandemic economy, there remains much uncertainty. And while markets are not pricing in perfection, they appear to be pricing a smooth transition back to “normal” — however, new virus strains with accompanied lockdowns, continued disruptions in the supply chain, and higher interest rates could all upset the delicately balanced markets we see today. 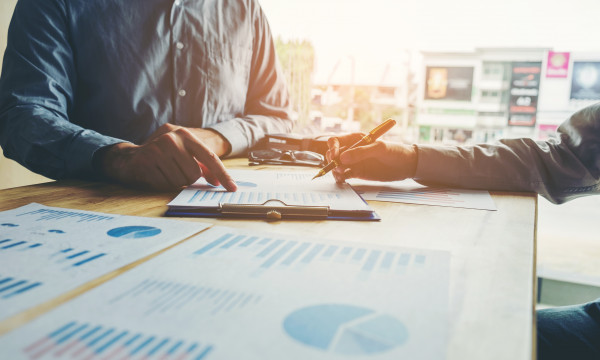