The trend of volatility observed over the past several months continued during the month of July. Whether it’s instability in the number of coronavirus cases, how various governmental bodies have addressed the pandemic, or in the economic impact caused by the pandemic, this virus has led to much uncertainty both domestically and abroad. The July ISM Manufacturing survey rose from a slightly negative reading of 49.2 to a firmly expansionary 54.2. While manufacturing appears to be rebounding, the service sector, which is more sensitive to changes in the pandemic response, remains clouded in uncertainty. Recently, second-quarter GDP came in at -32.9%, which was slightly better than anticipated. While this report is by far the worst the U.S. has ever seen, the retrospective nature of the data suggests that, at least hopefully, the worst is behind us. Indeed, early forecasts for third quarter expect GDP growth of nearly 19%. However, this improvement, if it comes to fruition, will not yet return us to the pre-pandemic GDP levels. While the consumer has held relatively strong and helped to steady the economy thus far, consumer confidence in July retreated to 92.6 from June’s 98.3 level. Nonetheless, employment data continues to make progress or display some sign of strength. Unemployment for July is expected to be 10.5%, down from June’s 11.1% rate; initial jobless claims stayed steady throughout the month, while non-farm payrolls were up by 4.8 million jobs versus the 3.0 million that were expected. 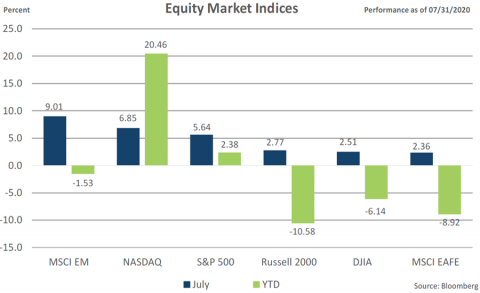 Following apparent investor optimism regarding the expected speed of economic recovery, stocks continued their upward trend in July, with all major indices reporting gains. Although growth stocks remained the favorite of equity investors, continuing a long trend, value stocks nearly kept pace for the month. Among the major indices, emerging markets led the way, posting gains of over 9% in July. Domestically, the NASDAQ Index continues to dominate performance with a return of nearly 7% for July and over 20% for the year-to-date. Sector performance evened out in July as most every sector turned in a solid positive performance number, with Energy stocks comprising the only outlier, struggling en route to a loss of over 5%. 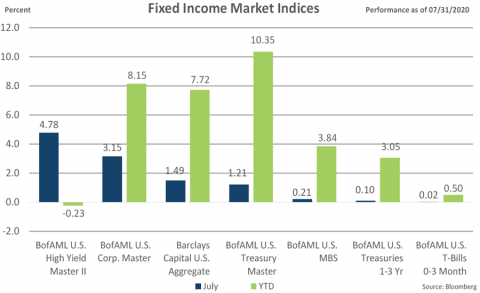 Interest rates resumed their slow but steady downward course in July with yields across the maturity spectrum all declining. While the two-year treasury note saw a decline from 0.15% to 0.11%, the yield on the 10-year dropped by 13 basis points, from 0.66% to 0.53%, leading to a flatter yield curve. Following the lead of the equity markets and holding similarly rosy views of the potential recovery, bond investors increased positions of corporate debt, leading to market leading performance for those securities. For July, high yield debt led fixed income indices with a gain of 4.78%, while investment-grade (BBB or greater) corporates returned 3.15%. However, year-to-date returns still favor safety over risk, with the broad treasury index returns of 10.35%. 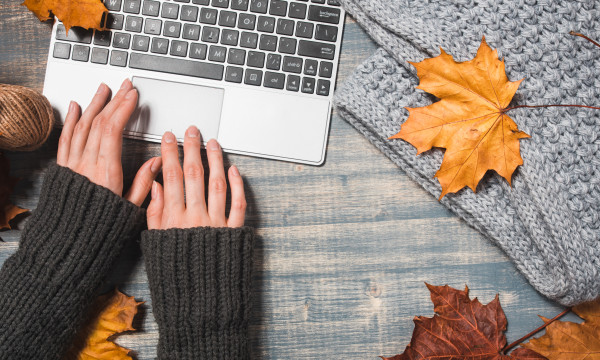 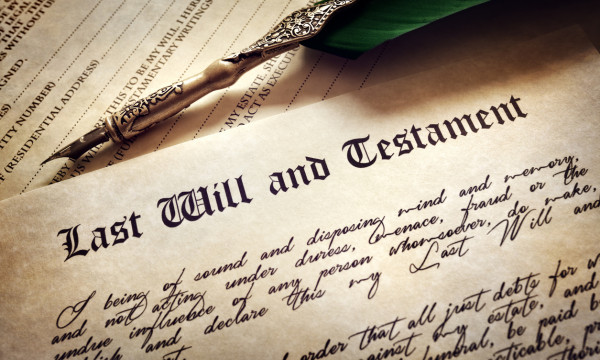