The month of October witnessed continued strength in economic data as the U.S. economy attempts to regain lost ground following pandemic-related shutdowns. Despite the promising data, market focus is likely more tuned to the upcoming election, its many possible outcomes, and its impact on the economy and markets. Indeed, the presidency and control of the house and senate are up for grabs, and the outcomes are too close to call. Indications that the results won’t be known for some time after Election Day are evident, and this election promises to be not only hotly contested but potentially highly litigated. While the economic impact of these elections may not be readily apparent, we do know that economic activity has been picking up. Third-quarter GDP expanded by a record 33.1%, following the 31.4% virus-related contraction in the second quarter. Sentiment in the manufacturing sector picked up as the ISM Manufacturing index came in at 59.3, versus the 56.0 that was expected, and 55.4 from the prior month. Furthermore, strength in the consumer sector continues to buoy the economy. The housing market, aided by low rates, continues to grow, with more than 1.4 million starts in September. Retail sales are also growing, up 1.5% in September, despite sustained lockdowns in some parts of the country. Employment numbers show a decreasing unemployment rate, lower initial jobless claims, and growing payrolls. 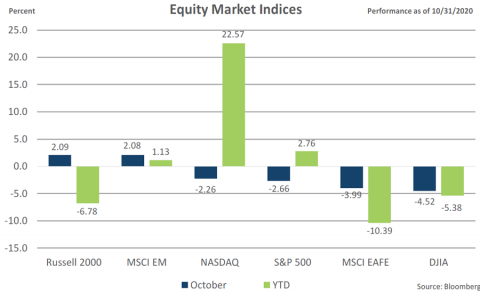 Doubts about the upcoming election and lack of a clear path to conquering the coronavirus cast a cloud over equity markets throughout the month of October. However, not all areas of the market participated in the broader market correction. While larger and more established companies declined, small company stocks, as represented by the Russell 2000 at 2.09%, and emerging market stocks (MSCI EM, 2.08%) performed well, providing pockets of positive returns for the month. October returns for other indices, including the tech-heavy NASDAQ, were negative. Year-to-date returns remain widely diverse, yet favoring large tech companies, ranging from the NASDAQ Composite’s 22.57% return to the -10.39% posted by the MSCI EAFE Index. 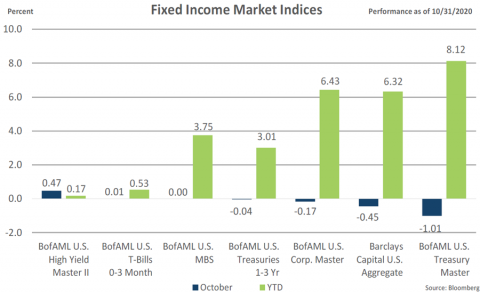 Yields on government debt rose over the past month, causing mostly negative returns in bond investments. Positive returns in bonds were achieved in risk-free T-Bills and in High Yield debt, whose additional coupon earned was enough to overcome the negative effect of higher rates (as bond prices move in opposite direction of interest rates). Longer Treasuries, as represented by the Treasury Master Index, took the largest hit from the rising rate environment, posting a -1.01% return. Indices that contained spread product, like corporates or mortgages, or shorter indices tended to fare better. While the economy continues to battle the effects of COVID-related constraints, the Fed is expected to maintain the current Fed Funds rate. 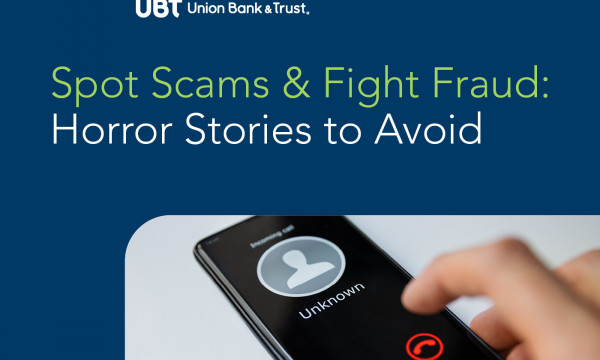 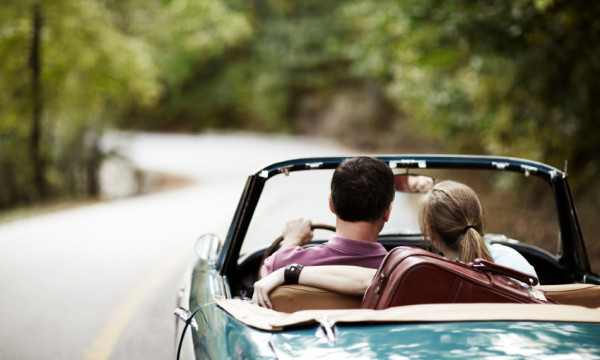